Recently, I took the opportunity to have a discussion with actress Mary Kate, or perhaps actress Ashley, Olsen. Stars of Full House, New York Minute and The Olsen Twins Ride Again, the twins have become major celebrities; stalked by the paparazzi, seen on countless shows and interviewed by countless publications. Hence, I decided that my interview was going to be different. Here we are going to strip away the layers of media creation and look into the soul of a real person struggling with real problems. Of course, I’m still not exactly sure which Olsen twin it was, but I think we all gained some valuable insight into this woman’s soul. END_OF_DOCUMENT_TOKEN_TO_BE_REPLACED

An Enlightened Editorial by Dave Hundai 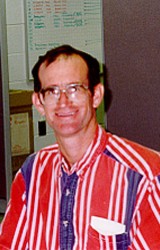 Dave Hundai is a most remarkable man who has killed no fewer than four great white sharks with his bare hands.

Throughout the past week we have received report after report of alarming events concerning the actions of naval fleets on or below the ocean’s surface. At once the Good Guys seem to have gained the advantage, then the Bad Guys show up to ruin their aquatic cake party, then the Good Guys give a right solid kick up the Bad Guys’ backsides and the dance starts all over again. It can be disconcerting.

This new naval conflict, as it stands, presents an exciting opportunity for us to review the subject of cubes. There are many different types of cubes currently involved in this growing war and each type of cube illustrates a unique aspect of the ongoing situation. Though many, including Toynbee and Balzac, have written before on the subjects of cubes and naval warfare, the last word, so to speak, has not yet been spoken.

For starters, the Ladies’ Homefront Association of Ponderada had dispatched thousands of care packages to the brave men and women serving valiantly with the Good Guy Navy. Alternately, the Guild of Special Means Warfare has dispatched thousands of uncaring packages, containing bombs and ultra-sharp razor blades, to the despicable war criminals of the Bad Guy Fleet. The care packages, getting back to the main point here, contain many important morale boosters for our men and women including, but not limited to, fresh cherries, rubber condoms, orange flavored toothpaste, unbreakable combs, bottle openers, latex gloves, personal lubricant, and for the sailors’ entertainment; pornographic magazines and Rubik’s cubes.

Of all the sailors I have spoken with over these past few harrowing weeks, roughly 93.4% were overwhelmingly happy with their Rubik’s cubes. Many sailors attempted to solve one side of the puzzle first, before attempting to work the other sides. Instead, others focused on solving the corners while their compatriots set their sights on the center square of each of the six sides. The more disreputable of seamen, many of whom worked in the pumping stations, attempted to peel off the colored stickers so as to solve the puzzle by cheating. Regardless of which method chosen, the fighting people we spoke to all enjoyed Rubik’s cubes.

Yet, Rubik’s is not the only important cube in the current situation. Good Guy Admiral “G” spoke to us of the Navy’s dependency on other sorts of cube. “Sailors,” he said “need drinks, both for refreshment and for the purposes of intoxication. To maintain morale and fighting spirit, we like the drinks to be cold.” The Admiral then spoke to us of the importance of cubes of ice, or ice cubes, which are frigid crystallized equilateral hexahedrons composed of water. These ice cubes help keep drinks cold, helping sailors to win battles. “War,” shouted the Admiral at no one in particular “comes down to ice; victors have it, losers drink warm slop.”

Whichever type of cube you prefer, it is no doubt of great importance to the Good Guy Navy, which depends on cubes to assure victory. Here’s to cubes, and here’s to Victory!

Take for instance the sexy bee costume in the above picture. The reproductive life of the common European honeybee Apis mellifera is such that only a small portion of a hive population is involved in the mating act. The vast majority of bees are non-reproducing workers. Why would a worker need to look sexy? It can’t mate and hence does not need to display its sexual characteristics. Most awful is the fact that the sexy bee costume seems designed to accent the woman’s breasts. This is utterly silly; bees do not have mammary glands. So few people put thought into their costumes.

Sexy pirates, cops, firemen, gun molls, witches, vampires, and nurses are clichéd and hackneyed at best. This Halloween, as you celebrate the convergence of the netherworld with our plane of existence, why not try one of these sexy costumes:

Note: Watch out for razor blades in your trick-or-treat candy, and have a safe, fun Halloween. 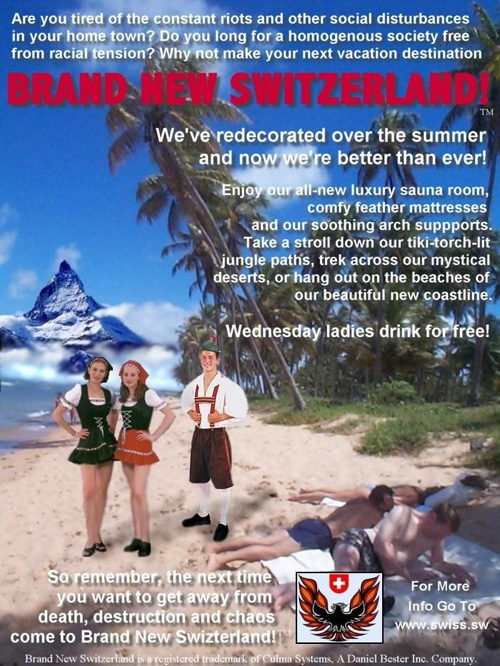 The War at Sea 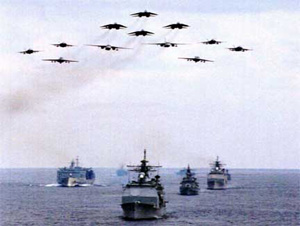 Bering Sea October 3, 2005 – The latest naval engagement in the Bering Sea is set to send hostilities into a protracted state of being really, really high as the Good Guys have handed the Bad Guys their hat on the way out the door.
END_OF_DOCUMENT_TOKEN_TO_BE_REPLACED