The People Have Spoken!

PACK YOUR BAGS, JOHNNY!
Incumbent Loses to Challenger in Biggest Landslide since 1980 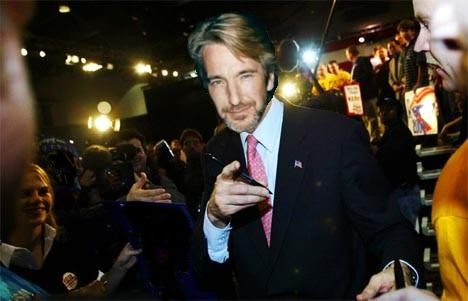 Doing the Victory Dance: Armstrong (above) meets with jubilant supporters upon hearing the good news. Aides say official victory speech will be delievered at 9pm tonight. 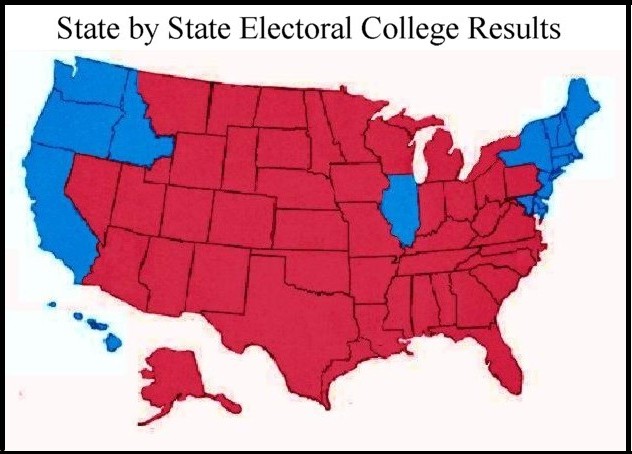 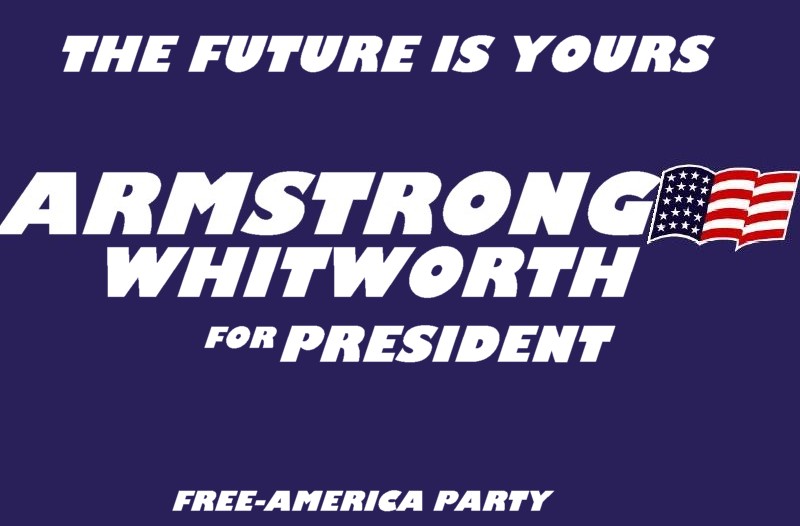 As 7 PM passed in the nation’s capital, feelings were high at the Handley/Page local headquarters. So high, in fact, that John Handley was victoriously parading around in a pair of very short, very tight shorts with the Free-American Party logo on the seat, and only those shorts. Grasping a bottle of strawberry milk, his exultant shouts were unintelligible.

Handley ran an often truculent and strange campaign. When trouncing rival Mitchell Focke in the primaries, he reminded the country that it wouldn’t want to get focked up. Often in the debates he used a joy buzzer when shaking hands with his rivals, sometimes resorting to the classic water-spraying lapel flower when a rival seemed to be gaining rhetorical steam. Once he pulled a balloon from his pocket, blew it up while Dick Armstrong was giving a rebuttal, made it into a simian shape of some sort and then pointed to Armstrong while raising his eyebrows at the animal shape.

About the only piece of true policy expository to come out of the Handley camp was its engagement in a fierce denunciation of the Armstrong/Whitworth surplus budget deficit re-allocation plan. Handley and running mate Al Page often referred to the plan as “really stupid” and the Armstrong/Whitworth campaign as “a bunch of limp [expletive] drunkards who can’t [expletive] their way out of wet newspaper.”

One would assume that perhaps they did not like the American-Freedom Party candidates, though it is true that Al Page has no children and Armstrong scored poorly on the ACT. Al Page, the former Accadian governor, gave the campaign momentum and energy. Mr. Page often starts his day with five cups of espresso, takes two cans of Jolt cola with lunch and snacks on coffee beans throughout the day. The moniker “Al Valdez” was never more appropriate. At the headquarters on election night, Page was heard giving a two hour monolog on how much he liked black brassieres, pausing only once to plow his way through six chocolate lady fingers. 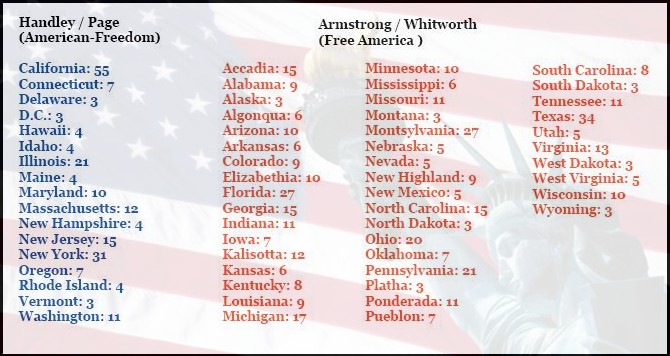 The Armstrong/Whitworth campaign, spending election night fishing from the American-Freedom Party’s trawler in Lesser Lake Eerie, was biting its nails after exit polling in New York showed a revitalized Focke/Wulf campaign gaining ground there. New York state had come into play when Dick Armstrong stated that the state had been nothing but a blight on the Armpit of America for decades and that the neighboring state of New Jersey would probably do well in invading New York City and forcing the state to come to terms. While Upstate New York supported the measure, The City became slightly unhappy, burning the Armstrong/Whitworth campaign headquarters in Queens to the ground as several campaign staffers and the American-Freedom Party chairman Charles “Pork Papa” Coltrane died in the ensuing riot in Little Italy, choking to death on an unidentified pasta product forcibly shoved down their throats. The Focke/Wulf campaign took advantage of the unrest to state “we, uh, really like New York.”

Apart from this small setback, the Armstrong/Whitworth campaign had remained fairly steadfast and moderate throughout the year. When asked how moderate he was by a reporter, Armstrong replied “on a scale of one to three, I would say I’m about a two.” The campaign was met with next-day headlines of “Armstrong Only a Two!” and most reports suspiciously left out the previous clause and question mentioning both the scale upon which Armstrong was measuring himself and what the scale measured.

Seducing the Electorate: Armstrong greets friends and family after the third debate.

When engaging John Handley in the last debate, Armstrong brought along a large plastic tarpaulin with which to cover himself during Handley’s frequent outbursts of juvenile comedy. The Handley campaign immediately called a foul with the Presidential Debate Commission, citing the half-paragraph agreement signed by the two camps which they stated did not allow plastic tarpaulins. The Armstrong campaign quickly released the document, noting that it did not address the subject of tarpaulins or wide-brimmed 10 gallon cowboy hats, which Armstrong had also worn during the debate. The question is still in arbitration with the PDC as of the writing of this article, with an addendum by the Armstrong camp denouncing the inappropriate attire of Mr. Handley during the four debates. Mr. Handley wore an “I’m With Stupid” t-shirt, jeans and galoshes with a bright orange tam in each debate.

As 11 PM drew close, the election was still in doubt. With the Interconnected Network as always barren of information and news stations switching away from election coverage to the growing beer scandal in Jamaica, only New York had been clearly called because of it’s new “Voter-Vibrator” initiative. Then something unexpected happened. Georgia, Florida, Accadia, Kentucky and South Carolina were all called for Armstrong. In the final analysis, it seems that the pollsters in those states had forgotten to actually poll anyone and had made up their statistics to meet deadlines. (Ed. Note —At this moment, the Senate Sub-Committee on Business has been investigating polling operations in several states, with its chairman Ed Nasucs (A-MV) calling pollsters “those [expletive].”) Their information was clearly incorrect as Armstrong captured those states by margins as great as 30 points.

In hindsight Armstrong’s strong stance on cockfighting and mullet subsidies paved the way for his victory. In Accadia a ballot initiative forcing the state to pay for mud flaps brought out the vote for Armstrong, a former CEO of American Mudflappery and lobbyist for the flap industry. An interesting side note: the Libertariat campaign of Focke/Wulf, even with Adrian Wulf, former Accadian governor on the ticket, received only 17 votes in Accadia. It’s likely that voters there remembered his poor stewardship of the state’s large tarmac industry.

Things seemed in the balance again as California, New Jersey and Massachusetts were all called for Handley. Apparently some backlash had come from the insinuation made by Armstrong that New Jersey was the Armpit of America, a title bequeathed by Congressional legislation to Iowa decades ago. 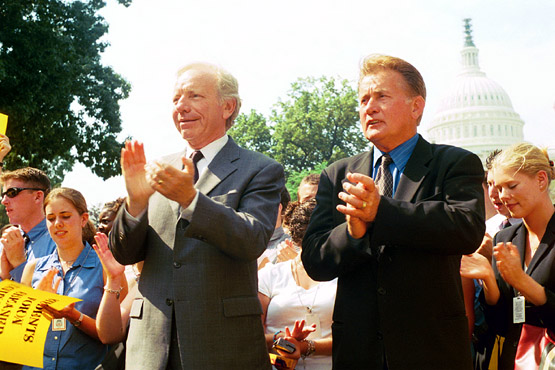 The margins were narrow in those states, but Handley had played a major county by county coup in sending in a corps of whisperers. These Whisperers for Handley consistently repeated his name wherever they were in the three weeks leading up to Election Day. Handley’s name could be heard in the lavatory, grocery, toll booth and even movie theaters as a continuous background noise. Psychology experts, who have strongly assailed the viability of subliminal messages, are left baffled.

By 11:35 PM, the totals were Handley/Page 113 E.V.’s to Armstrong/Whitworth’s 65. Shortly thereafter, yet another upset was recorded. Garnering the entirety of its national votes from the Bellamure State of Montsylvania, the strained partnership of Silas Mikoyan and Jim Gurevich; Communazi candidates running on a policy of threatening reporters, vowing to destroy the Moon and racial purity, flipped the percentages in that state virtually handing its electoral votes to the Armstrong/Whitworth campaign. With Minnesota and Kalisotta following Montsylvania’s lead, Armstrong was ahead 114 to Handley’s 113.

From that point on, state after state was called for Armstrong. Armstrong and running mate Neil Whitworth (a former show girl) even made a rare mid-evening television appearance wherein they held up a Handley/Page campaign sign and laughed for two and a half minutes. This is suspected to have swung Alaska’s votes towards Armstrong as Alaskans have a reputation for enjoying laughter.

Hawaii eventually went to Handley/Page, which is likely due to the traditional Hawaiian dislike of laughing. At this point in the night, Handley, dressed in a flowing kimono and kabuki makeup, made his concession speech. Al Page had been rushed to a nearby hospital to have his stomach pumped. After Kalisotta was called for Armstrong, Page had proceeded to swallow his own tie and down what he thought was a bottle of tequila but which was actually a container of lemon-fresh deodorizer left behind by a thoughtless janitor. Handley told reporters and the nation that he no longer wished to be president and was going to pursue a career in puppetry, hoping to further his cause with giant puppets paraded at world-wide anti-globalization protests.

Election Coverage brought to you by 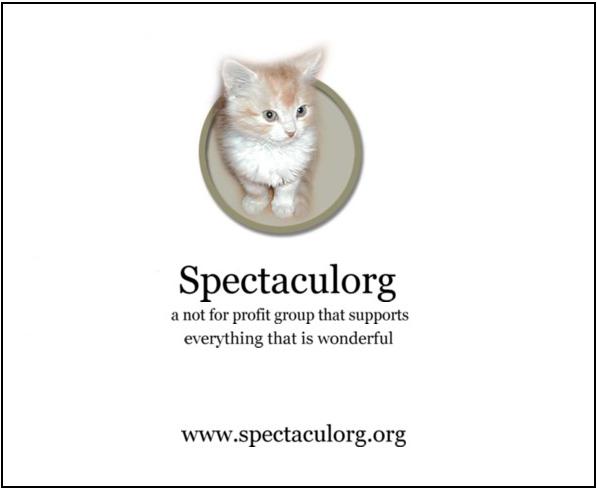 When a reporter referred to him as Mr. Handley, Handley interrupted her and asked to be referred to as Chester Copperpot, Explorer, from now on. As of this writing, Handley is believed to be sequestered in the high-security wing of an undisclosed psychiatric hospital.

At the end of the official counting period, the final totals showed Armstrong/Whitworth with 443 Electoral Votes to Handley/Page’s 198. The American-Freedom Party had garnered a true mandate in America with nearly 109 million votes, leaving the Free-American Party to wonder how horribly it had screwed up, holding a paltry 48 million votes. Free-American party leadership appears to have given up as no one from that party has shown up for this session of Congress except for George Garrity (F-NY), who stated he liked Congressional Cafeteria sandwiches very much.

What this means for the future of the nation is uncertain as a quorum of voting members in Congress is unavailable. President-Elect Armstrong may be forced to attempt to use directives to run the country and will have no cabinet, running the nation with two office secretaries and Vice President-Elect Page running notes to and from the Executive Office Building, where one of the secretaries works. It may be impossible to move that secretary from the Executive Office Building to the White House because staff changes require Congressional oversight due to recent legislation passed by the majority Free-American Party lame-duck Congress and signed by the outgoing President.