by Hack “Sawtooth” Fixspear
As transcribed by Llewellyn Absalom

Now, everbody knows that the turlet is the most dangerous room ever invented. 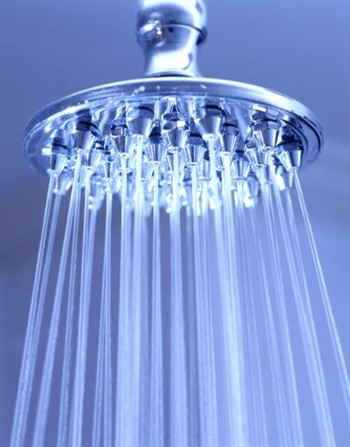 You got that there suction thang with a handle. Don’t try sittin’ on it. On the floor there’s tile. I know it looks damn tasty, but eatin’ such is a bad idea. Some people are afeared of the plastic hangin’ across the shower, but don’t fret. There ain’t no bogey men or nothin’ behind that thing.

What I wanna speculate upon today is the shower. Saunter into any of them bathroom fixture places and ask a guy with a name tag about showers. You gotta really ask, though, otherwise you just get some hogwash about the flowin’ capacity and chrome fixtures. Buy the guy a beer and he’ll really start chatterin’. Stories, tons of stories, start pourin’ out about fellers who made that shower their final restin’ place. That’s why, in the Industry, it’s called the Porcelain Coffin.
END_OF_DOCUMENT_TOKEN_TO_BE_REPLACED