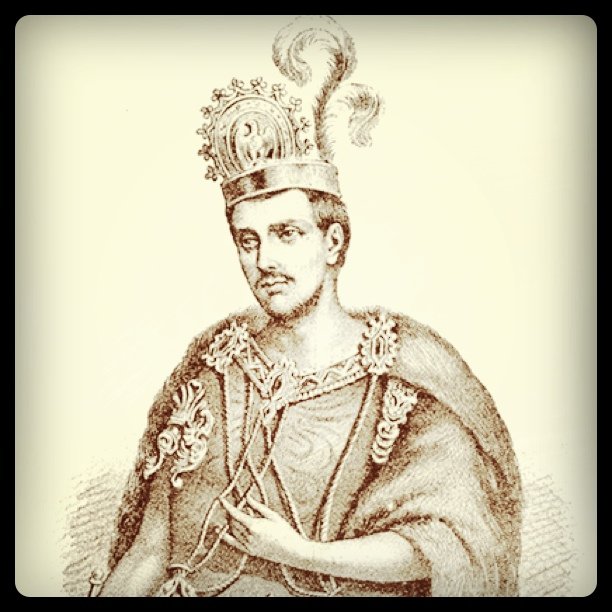 Montezuma II once enjoyed pre-eminence in the southern portion of North America. In the 21st Century he offers advice to the forlorn, is a noted expert in arthropod joints, and once bit a puma with few side effects.

throwawaysanta asks Montezuma: Roommate is asking me for money I already paid her, because she “lost” the checks. We’re both college age and we live in an apartment and split the utility bills. I pay the electric and she gives me a check for half, she pays the gas and I give her a check for half.

We aren’t really friends nor do we talk. Living together was our only housing option at the time.

Recently, she told me that she ‘lost’ several checks that I gave her for my portion of the gas bill beginning from four months ago to seven months ago. Two months ago I closed my checking account and continued to pay my share of the gas bill in cash, since.

I have no record of whether or not she cashed these checks since the account is now closed. I don’t think I owe her a damn thing since she’s the irresponsible one.

What is the right thing to do and what do I tell her without starting a fight?

Apocalypse1309 asks Montezuma: Should I give my father money for rent? My father, pushing 60, just asked my brother and I for money to pay for 3 months worth of back due rent. Total: $1,350.

A little backstory: he used to work for a large multinational but got canned about 8 years ago. He got severance and he decided to start his own business with it, which failed in about a year. He spent all of his severance on it. He now has another business which is obviously not yielding enough cash. He’s also currently looking for a job.

He’s re-married, to someone about 5 years my senior… She doesn’t really work, but does some free-lance stuff, so “she’s been paying the bills”, according to my Dad. She recently took $30,000 from an older family member of hers to buy a car. She also frequently travels by invitation from this family member. (e.g. this family member pays for it…)

I know that I will not loan my father any money, but just give it to him if my wife and I decide to do so. However, I don’t see an end to this unless he makes some drastic changes. It seems he believes he will get different results by doing the same thing over and over, and frankly I don’t see that he’s killing himself to improve his situation.

However, if I don’t help him out, he will probably not pay rent and get kicked out. He also won’t have money for a new place…

What’s also interesting to note is that my father, when he was doing well, gave his father (my grandfather) money every month to help him out. I don’t want to do the same: I have my own family and life to take care of.

So, Montezuma, what to do? Your thoughts, please?

Dearest Pocy, have you considered borrowing the money your father lent to your grandfather to give to your father so he can support his trophy wife? Jumping back a generation or two can often be helpful. I once lent my father Axayacatl the hearts of seventeen Pochutec captives.

triscuitgummies asks Montezuma: Am I an asshole?