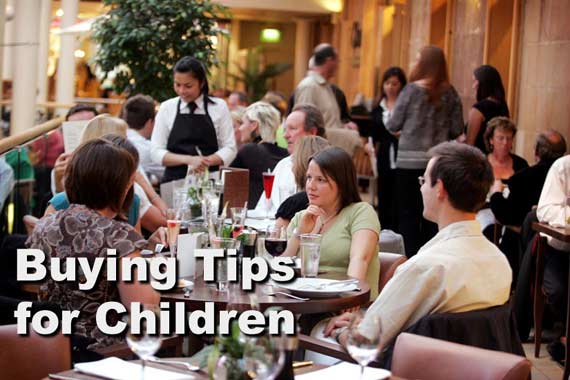 A friend told me recently that he felt obligated to take his mother out to dinner. He had increased his salary since last seeing her through a higher-status job, moved to a nicer apartment, and generally felt the burnished brass button glow of the newly-minted “successful” son. I disagreed with him strongly, saying “Your parents should have to keep buying you dinner until you can afford to buy them a house.” The same goes for plane tickets.

You might think that Mom has done so much for you and that Dad couldn’t have been more supportive. This is not true. They can do more for you and support you more. For instance: by purchasing nutrients for you well into adulthood whenever you or they come for a visit. (This is of course not true if your parents weren’t there for you. In this case, feel free to stock up on free motel toiletries and give them to your parents as a gift.)

As a productive, self-supporting adult, it’s only natural for you to think you owe your parents dinner. After all your mother went through the pain of birthing you (double points if cesarean section) and your Dad had to deal with figuring out whatever it is Dads are supposed to do after ejaculation. They fed you (most obviously) and gave you clothes. Probably even sent you to school for an education. Sounds like they did a good job right?

But it wasn’t altruism. At the other end of life there’s an expectation that you will take care of them. You’ll have to feed them and clothe them, wipe their bottoms; generally pass through all the indignities of life as a reverse parent. Of course the analogy to childhood isn’t lock tight. Right off the bat they probably weigh at least six or seven times what you did as a baby, slightly less as a toddler.

On top of that, if there’s something wrong with their brains, its usually not learning, it’s forgetting. If there isn’t that big, stinky, baby of yours is embarrassed by defecating uncontrollably, and will tell you so. Probably in good English. At least you could be considered cute while learning to use the potty. Not so funny now that Mom can’t remember how.

When it gets to this point, there’s a huge investment in money, too. If they were good, your parents probably planned for retirement, but like a lot of people they probably didn’t plan on becoming senile pod people who only resemble the parents you knew. Think you don’t recognize them? They certainly no longer even recognize you. I’d guess they couldn’t remember what peas were, whether they were tasty, or why in general they shouldn’t be thrown against the wall.

Let’s be reasonable, most people (myself included) don’t or can’t conceive of their own death. This even truer of their own decrepitude. In which case, they just don’t plan for it. Medical science will get them through it, or it will never happen to them, they think. Meanwhile they’ve boarded the express train to foggy fogey town with no hotel reservations or baggage. 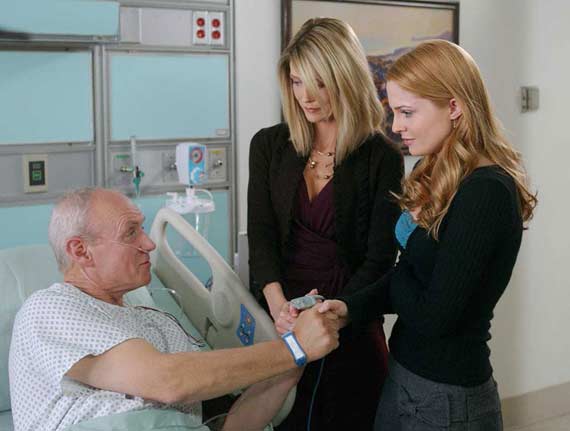 You might make the argument that your parents should spend all of that dinner money on money market accounts and mutual funds, but it’s never going to amount to a lot of dough on their part. Certainly not enough to offset the cost of 24-hour in-home nursing care or an end-of-life run in a retirement community. According to the U.S. Census Bureau, two thirds of Americans aged 18-34 live more than 500 miles away from their parents. For the same demographic, parents see their children an average of twice a year.

Let’s assume you have modest taste and the reunited family of three goes out for steaks at a reasonably-priced chop house. A blooming onion, three porterhouse steaks with the trimmings, and a bottle of pinot noir (a cheap one from Uncle Louie’s Winery) will run you roughly $135 with tip. With the other scenario, you shell out that change and your parents put that money in a basic savings account for twenty years.

What do they end up with at the end? Slightly more than $8000. That’s certainly a nice chunk of money, but when you compare it to the annual cost of nursing home care ($70,000 according to the American Association of Retired Persons), it’s pretty much a given that spending that money on a good meal with you is a better investment.

When it comes down to it, they’ll need that investment of good memories to stack up against all the bad ones they’ll make as incontinent imbeciles for the last ten years of their lives. I’m not sure what the interest rate is on family dinners these days, but they definitely bring in a better return than the alternative: lonely, desperate, uncared-for old people going quietly insane as the prison of their decrepitude decays around them.

I’ll have a side of steamed broccoli.