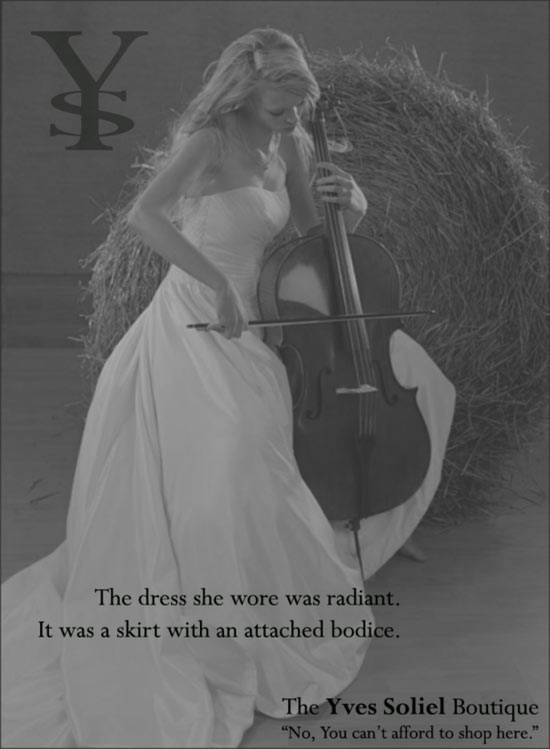 My aunt, who is Welsh, gave me a brand new Macedonian flag the other day. It’s absolutely beautiful, its bright red and yellow stripes almost look like a weirdo Japanese flag. I’ve got it hanging up in my bedroom so I can think about Macedonia while I make love to my girlfriend. I guess what they say about that fine nation’s flag enhancing lovemaking is true! Which makes me curious. Why do male ducks often drown female ducks when they do it?

Simon, did you know that Macedonia is also the Land of the Rising Sun? In 1946 over 300,000 Japanese refugees arrived in Macedonia. Through some as yet inexplicable phenomenon, many doorways in Japan lead to the verdant fields of the Balkans. With these fleeing wretches came throngs of Asian ducks. Ducks from the Orient are generally much larger than the species which are their counterparts on the European mainland, though English ducks are themselves quite large. Those fabulous Brittanic water fowl have been throughout their history quite lazy, so no problems ever arose from that quarter. However, with such a rapid influx of oversized quackers appearing in the middle of the great Socialist Republic of Macedonia, things began to change. The mischievous birds from afar soon took a liking to the delicate, flat-billed denizens of Europe. Unfortunately, what scienticians have dubbed the largeness gene is transmitted only through the male sex chromosome. While sexy duckish broads remained as dainty as can be, their brutish counterparts became so overgrown that they often destroy those with which they choose to procreate. You can see what a dangerous country this Macedonia is.

I was coming out of the store last week and this dude is standing there all proud with his blue windbreaker what got SECURITY written on the back. Me, I was minding my business, but this hard case up and says hello to me a bunch of times and starts chasing me with a hilighter. Why’s this banana head wanna wave a pen in my face?

My, my, HARDON, you’ve put me through quite the ringer on this one. Four cultures are known to greet strangers through the use of a merrycolored hilighter-styled penulator: Nicaraguans, Australians, Zambians, and the Remans. As the Remans no longer exist, we can rule them out. I called up an old 43 man squamish partner who works at the Department of Homeland Security, and she stated that no Zambians or persons of Zambian descent currently reside in Kansas. Australians have been assumed to exist, but this is not proven, so I believe it improbable your security man is one of them. This leaves us with your security guard being Nicaraguan. However, it is widely understood that the Uighur people will greet a passerby waving a hilighter to express melancholy. 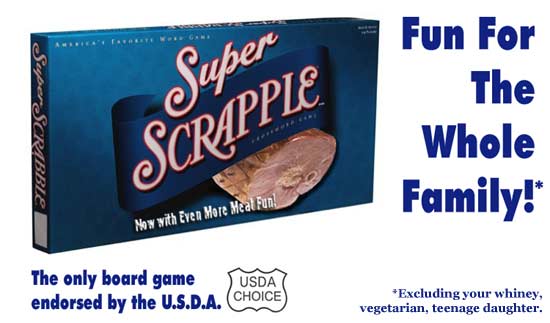 I don’t really understand this “alt porn” stuff. I mean, I get that it’s supposed to appeal to people of my generation because everyone’s all tattooed and pierced and they have funky hair and some of the guys have sideburns. It’s apparent to me that they’re trying to present me with girls who look like the girls that live around me. The problem is, really, that I expect unwashed trendnik guys and punked-out girls to be licentious (I’ve been to a couple of Sum 41 shows). Why isn’t it as interesting as watching what you think is medical drama, only to discover that unthinkably the nursing staff is engaged in orgiastic rites with bed ridden accident victims?

I really like vintage, retro clothing and culture. Unfortunately, no one makes products for me: the girl who enjoys the culture of America in 1831. Is there some publication, shop, or online destination which might be able to fit my needs?

RAD, no, there isn’t. I did manage to find the wonderful folks at 1833-o-Rama, in downtown Roanoke, Virginia, who specialize in all things from Canada in 1833. If you are capable of moving, changing your preferences only slightly in temporal and geographic terms, they could be just the place for you. 1833-o-Rama is a clean, welcoming place, which runs a mail order service by telephone or over the interconnected network.

Dear Montezuma,
Let’s say I had three nail clippers, a used up deodorant tube, a plain metal lunchbox, a bottle opener decorated by the Estonian flag, a dog food bowl with the name Saint Xavier on it, half a black boardand an uncovered cap of detergent. How much would that be worth in 2020 dollars?

About three Euros, but I’m unsure of the exchange rate that far in advance.

Have a question for Montezuma? Email him at montezumaREMOVE@MEdanielbester.com. 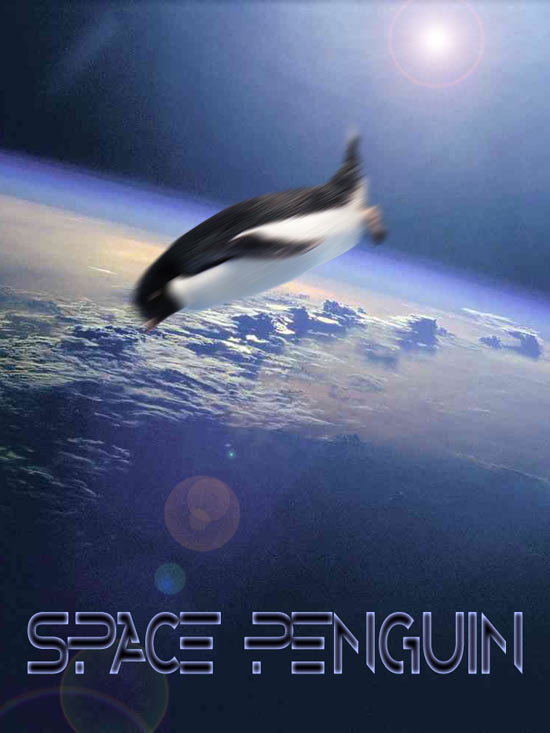 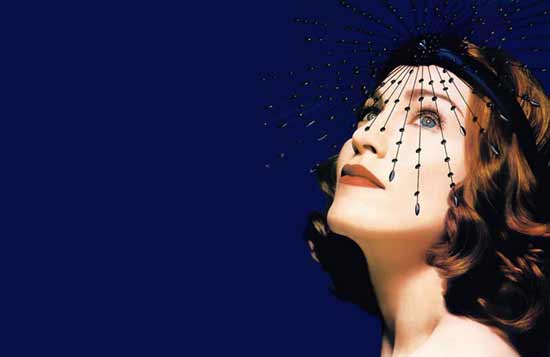 I hate the dentist. It always smells of straw and manure because of all the horses lined up to get shoed. The heat is oppressive, too, what with the furnace blasting away all day and the dentist’s apprentice stoking up the fires constantly.

Also, I’m not a big fan of the clanging and banging going on all the time. It’s already a painful process because the dentist is a teetotaler and won’t give me some of that whiskey anesthetic more accomplished dentists use.

And don’t get me started on the actual pulling. My dentist usually lets his apprentice do the dirty work and that kid never picks the right-sized tools. One time he could barely fit the thing in my mouth and tore my cheek a bit.

So I had to go to the surgeon’s, but he wasn’t there and his wife took care of me. I don’t like getting stitched up by the wife. Her place is full of bolts of wool and cotton, to which I’m allergic. Do you know how hard it is to get that big old needle through my flesh when I’m having a sneezing fit? It’s pretty hard. And painful!

So painful that sometimes it doesn’t go right and I have to wait for the surgeon to show up. Now, the problem with the surgeon is that he just doesn’t wash his hands when going from one project to another. No, he’ll be shaving one guy’s face, then cutting some other guy’s hair and finally gets to me. By that point I’m bleeding all over the place and he just sticks his lathered, stubble-flecked hands in there. At least he gets the job done quickly.

Of course, after all this I need to hit the pharmacist’s for a poultice of some sort. I really hate going to the pharmacist’s. It takes absolutely forever to get my prescription, sometimes two or three hours, and it smells awful there. This is usually because the pharmacist is always pouring various liquids on lead, or into boiling lead, or putting lead in bags and waving it at calico cats, or poking neighbourhood children with lead, or sometimes just up and throwing lead out the window. This is usually followed by a shout.

Eventually he gets around to giving me my poultice, which is occasionally pleasant (unless he uses some manure he picked up at the dentist’s in the concoction), although sometimes he gets interrupted by some idea having to do with lead again.

The poultice is warm and fragrant, though it doesn’t always seem to do much and my raw, oozing cheek stays that way for weeks and weeks. Sometimes it turns black and the smell starts bothering my wife. By this point another tooth is usually bothering me. I hate it when that happens, because then I have to go back and do the whole thing over again.

Man, I hate the dentist.

May I offer several lines
On behalf of fireflies?

Summer evenings, don’t you know
They add magic with their glow

There is something most ethereal
‘bout bugs full of lit material

With their flashing merriment
They’re stars reborn to firmament

So enjoy them, as they hover lightly
When out to play, they come nightly

If fireflies could converse
I feel their message would be terse

They would say “Oh don’t be vicious,”
“C’mon my friend, now please don’t squish us.”