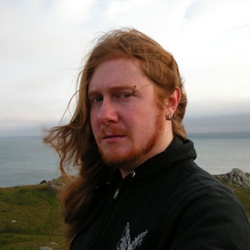 And there in a flash was Javier. Not the Javier he had known. No trowel-wielding child was he. In the three seconds during which Scooter saw Javier flash by, he knew exactly who the man in the bright red Yugo was. Older, more withdraw than he had been as a child, but it was Javier.

The car was parked in a lot adjoining the station Scooter’s express train had just shot through. In an instant Scooter came to life. The train would be making a stop at the next station down and he would get off, grab a train going the other direction and find Javier.
Since he had burned down the corn stalk, no one had seen him. There one day, not there that same day. While he may have disappeared, Javier’s influence lasted considerably longer.

One year after discovering the growing palm tree in the South grove, Scooter had noticed another odd thing. He had passed by it once or twice, but this time he really noticed. The experimental lemon bush. The lemons had changed to limes!

Scooter often forgot his experiments and this usually led to someinteresting results. For a while he had raised and trained guinea pigs. These little creatures formed a militaristic society, marched in rank and file and one day destroyed their pen, escaping into the bright afternoon Sun.

Scooter eventually used them as farm labour, which they excelled at and for which they were remarkably well-compensated. The palm grove flourished. David now employed their descendants in his hotel chain. A famous series of ads proclaimed Hotell Hotels as “the only chain serviced by intelligent guinea pigs.”

You might not think this a selling point, but it was at first so ridiculous that people flocked to the hotels and the guinea pigs were so charming that they rarely frightened anyone. They even unionized and had some success affecting the politics of several states and the most recent presidential election.

Like the guinea pigs, Scooter could not put a finger on what had happened to the lemon bush for some months. This was because he had no time for curiosity as it was an important part of the palm growing cycle. He scheduled time later to come back and reëxamine the issue.

When he did, he was even more surprised. The limes were now lemons again, but purple. It was a crazy thing to do, but Scooter ate one, or at least part of one. They were the sourest thing he’d ever tasted. His sister eventually started a side-business selling purple, super sour lemonade. Noted arboretologist Lothair Bourbonk purchased some purple lemons from her and grew them in his Kalisotta Regional Agricultural Center, to his financial gain. 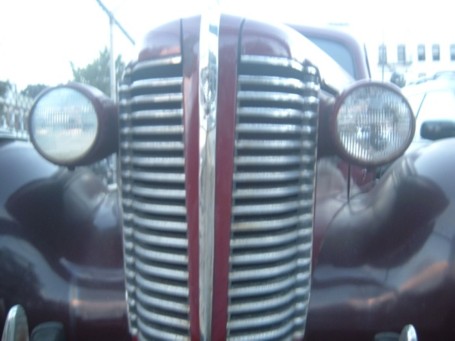 After tasting the purple lemons, examining the foliage of the plant and taking ground samples for study, Scooter still couldn’t figure it out. He went back to the bush one day to take a look at its roots and there discovered a small electrical box sitting under the bush.It was attached to the root system, had no visible external power source, no manufacturing stamp, no instructions and very few buttons. In fact, there was but one button located more or less squarely on a side panel. Rashly Scooter pushed the button.

Nothing happened. Rashly, Scooter pushed the button again. Still nothing happened, or at least nothing Scooter could see. Later he did see. The growing palm tree which Javier planted had grown significantly and taken on anodd reddish hue. Scooter was never ableto figure out how the box worked and one day it vanished, just as Javier had, on the very same day.

So here Scooter was, itching to get off the train, almost pushing himself against the train doors and the train seemed to be taking too long to get anywhere (much like some stories I’ve read). The train came to a halt and out the door went Scooter.

He ran to a set of stairs, up the stairs, through a covered walkway traversing the tracks and down another set of stairs to the platform for trains bound in the other direction. There he waited at most two minutes. The train arrived and he jumpily got on and waited by the doors.

In no time he was at Javier’s station and exiting the train.