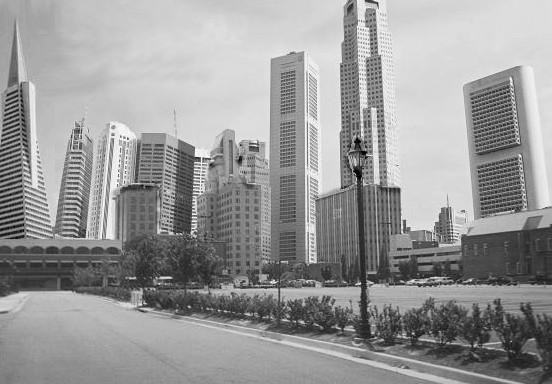 Bestoria, Montsylvania is much the same as any modern teeming Kafka-esque metropolis. It full of skyscrapers, has an inefficient mass transit system and swarms with legions of vagrants, winos and crack-whores who roam the streets stalking innocent pedestrians that they can rob, rape or heinously murder. 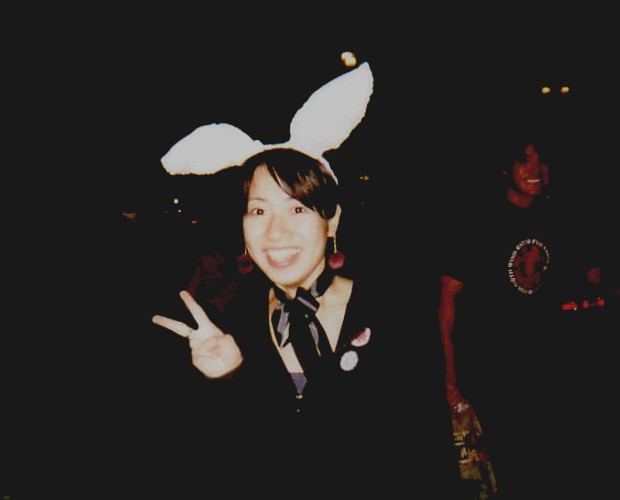 But anyone who takes the time to dig through the steaming pile of feces that Bestoria appears to be on the surface, will find a city that teems with more than just maggots and death. Though the streets may be strewn with garbage, corpses and discarded disease covered needles, though the parks may be home to shanty towns of semi-savage homeless dregs, the city of Bestoria has many notable attractions that distract the eyes from the squalor and depravity most often associated with this city.

So come with, and take a tour with me of this mighty city; the Garden City! 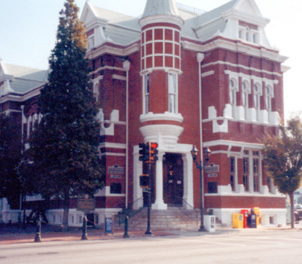 Founded in 1830 on the winding banks of the Calazoona River, Bestoria was named for legendary Revolutionary War hero Samuel Bester, whose family hailed from nearby Whatchaw County in what was then the Territory of Montsylvania. When Montsylvania became a state in 1832, the city became the state capital, a position it maintains to this day.

Many of the original Antebellum houses can still be found, in varying states of disrepair, in Old Town Bestoria, a small enclave on Bircher’s Hill which still overlooks the river where once river boats brought cotton, slaves, aloe and other commodities up the river from New Orleans. One notable home has now been transformed at tax-payer expense into The Bestoria History Museum. Prixby Place is a marvel of Sub-Georgian architecture and many hundreds of people stop by each year to see its many displays including such amazing artifacts as antique dentures, nineteenth century wheelbarrows and first Montsylvanian Governor Alexander Hull’s official gubernatorial croquet set. 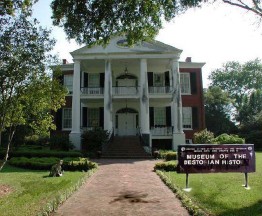 Those tourists who find the Prixby Place History Museum a bit too quaint, may enjoy something a little more avant-garde, for instance, the National Museum of Performance Art, located in the heart of the Spot Welding District. Once a home to the city’s thousands of spot welders, this area is now a collection of trendy, up-scale establishments which cater to the city’s many trendniks, wannabe artists, and hetero-queers. The N’MPA as locals know it, houses many interested and impossible to understand pieces of art including Michelle Durint’s “Flame” which features video images of monkeys lighting candles while a metallic voice shrieks “Repression” endlessly or Gustav Loider’s infamous “Speakings on Lettuce in the Heat” where the artist sits naked in a vat of peanut butter while attractive naked female communist college students perform oral sex on him. It’s fun for the whole family, especially the members of the family who majored in “Feminist Prose” or “Psycholinguistics of Gender-Modes.” 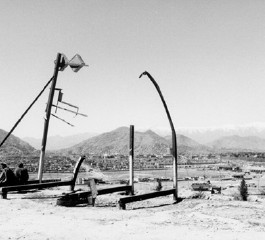 Amanda Channing’s installation “Grasp #67”
on display at the National Museum of Performance Art.
Suggested Donation: One cabbage as an allegory of
female oppression in a patriarchal phalocracy.

Of course, no trip to Bestoria would be complete without a glimpse of the famous “Sideways Tower” built by renowned architectonomist I.P. Nim in 1947 to celebrate the hundred and seventeenth anniversary of the Bestoria’s founding. At two hundred and three feet, it is the longest sideways tower ever constructed. Visitors can take a crazy sideways elevator to the edge of the building, where they can look down at a spectacular view of the street below, or look up at a spectacular view of the sky. And now, the Sideways Tower is better than ever, since the rats and homeless have been cleared away for good. 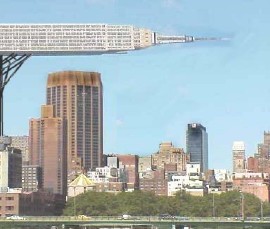 The famous Sideways Tower of Bestoria

Bestoria is not just home to mindless art projects and pointless architectural oddities. The city also has one of the world’s largest and strangest zoos; the Montsylvanian State Zoological Taxidermy Gardens. Here, visitors can see thousands of different types of animal carcasses, each in a representation of their natural environment. Don’t forget to stop by the Submerged Primate House, where you can see stuffed chimpanzees stuffed into fish tanks. What a treat for any animal lover! 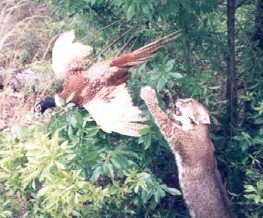 Not many people know that you couldn’t spell Bestoria without S, and that S is the first letter in the word store, and in the word shop as well. There’s a lot of great deals to be made in some of the world’s best retail and wholesale outlets. You can find whatever you’re looking for in Bestoria. First, make a stop off at Pantstravaganza, your home for all things trouser-related. Britches too constricting for you? Then why not try near by Skirtsapaloozza! where they have nine kilometers of skirts to choose from. But whatever you’re looking for, make sure you stop by the world famous Hormel Megastore, the largest canned meat retail center in the world. They have everything from Spam, Spam light, chili, corned beef hash, and anything else your heart could imagine, and all in their six story, ultra modern mega sized store. 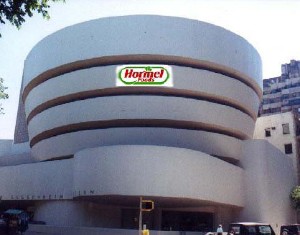 Get great deals on canned meat products
at the Hormel Megastore

And, of course, be sure to stop by the State Capital Building, where you can see the United State’s only Septocameral State Legislature in action. 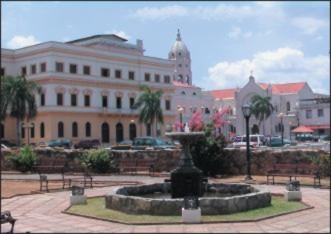 The Bestoria State Governmental Compelex. Open
to the public on weekdays. No handguns allowed.
Rifles only when properly licensed.

Why, there’s simply too much fun stuff to do in Bestoria and unfortunately I have only three alloted pages for my articles. Guess you’ll just have to go and see Bestoria for yourself then. Tell ‘em Katie sent you.